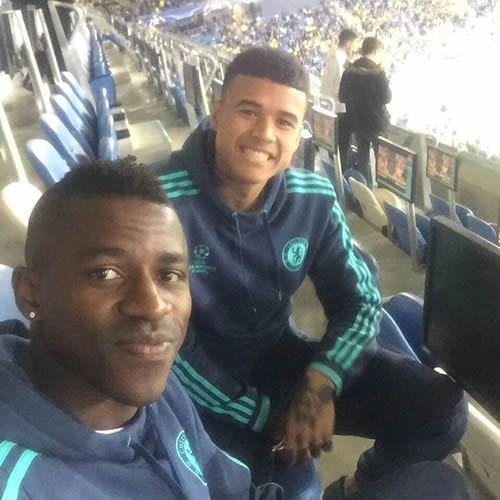 Ramires has taken to social media to send a tribute to Chelsea new-boy Kenedy as the Blues prepare for their crunch Premier League clash with Tottenham Hotspur on Sunday.

Ramires is set to undergo a late fitness test ahead of this weekend’s game after picking up a minor muscle injury in recent days.

Kenedy, who joined the Blues in late August, played the full 90 minutes as Chelsea returned to winning ways in the Premier League with a 1-0 victory over Norwich City last weekend.

And his compatriot Ramires paid tribute to the teenager with a post on Instagram on Friday evening.

The 28-year-old Ramires has featured nine times for Chelsea in the top flight so far this season and has also featured four times in the Champions League.

Kenedy has made four Premier League appearances for Chelsea so far in his first season at the club.