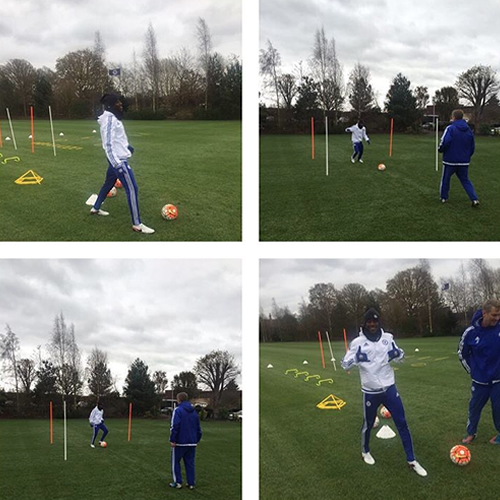 Ramires has taken to social media to deliver a positive injury update as the midfielder works on his fitness levels ahead of Chelsea’s Premier League clash with Bournemouth on Saturday evening.

The Brazilian midfielder missed Sunday’s goalless draw with Tottenham Hotspur due to injury but is working hard to get himself back in contention for next weekend’s top-flight clash at Stamford Bridge.

Ramires shared a series of pictures of himself taking part in a number of training drills during a one-on-one session on Monday morning on his personal Instagram account.

The 28-year-old posted the photos above on the app and wrote: “Working hard! Trabalhando forte! #trainingsession #cfc”

Ramires has made nine Premier League appearances for Chelsea so far this season, scoring two goals. He has also featured three times in the Champions League for Jose Mourinho’s men.

His last outing for the Blues came in the 1-0 win over Norwich City earlier this month, when he played the final three minutes.