Roberto Firmino wasted no time getting into the Halloween spirit on Saturday night... 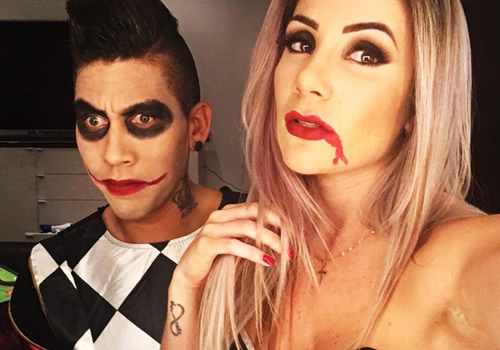 Roberto Firmino was quick to jump into the Halloween spirit on Saturday night after helping to inspire Liverpool to an impressive 3-1 win at Chelsea at Stamford Bridge.

The 24-year-old defender played 76 minutes and notched up an assist as Jurgen Klopp’s men recorded their first Premier League win under their new manager in west London to heap further misery on Chelsea boss Jose Mourinho.

Liverpool travelled back up north from the capital after the game, and it didn’t take Firmino long to dress up for the spooky night with his wife Larissa Pereira.

Firmino has made eight appearances for Liverpool in the Premier League so far this season and will be hoping to feature when the Reds travel to Rubin Kazan in the Europa League on Thursday night.

Photos: Marcos Rojo dresses up for Halloween with girlfriend after Man United draw