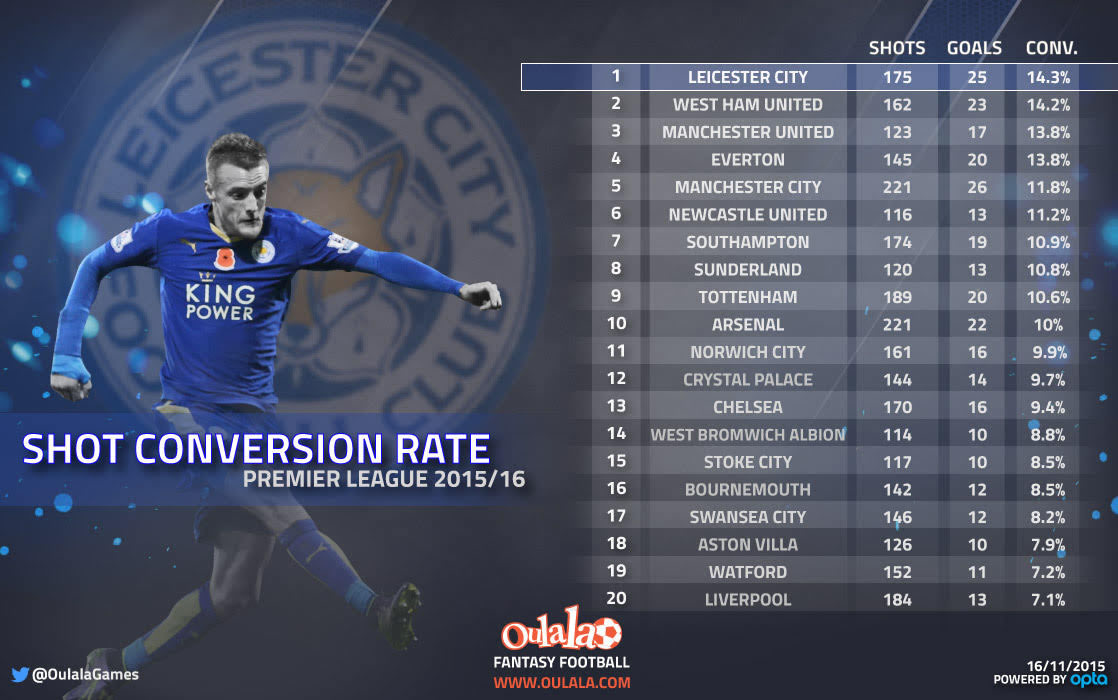 “As long as I keep shooting, one is bound to go in,” said Alberto Gilardinho. The Italian striker’s philosophy that the more shots you take, the more goals you will score. Not quite, Alberto.

Fantasy football game www.oulala.com have released the shots to goals ratios of every Premier League club so far this season.

Leading the way are Leicester City, who have been the most efficient team in front of goal thanks to the exceptional form of attacking duo Jamie Vardy and Riyad Mahrez.

Oulala’s stats show that the Foxes boast an overall shot conversion rate of 14.3 per cent, scoring 25 goals from 175 shots. Just 0.1 per cent behind Leicester are West Ham with a shot conversion of 14.2 per cent.

Manchester City and Arsenal have had the most shots in the Premier League this season with 221 attempts each. However the pair can only manage fifth and tenth in the table with 11.8 and 10 per cent respectively.

Newcastle have attempted the fewest shots this season with 116. They sit in sixth place after netting 13 goals, a shot conversion rate of 11.2 per cent.

The most wasteful club has been Liverpool. The Reds have scored just 13 goals from 184 shots, a conversion rate of just 7.1 per cent.