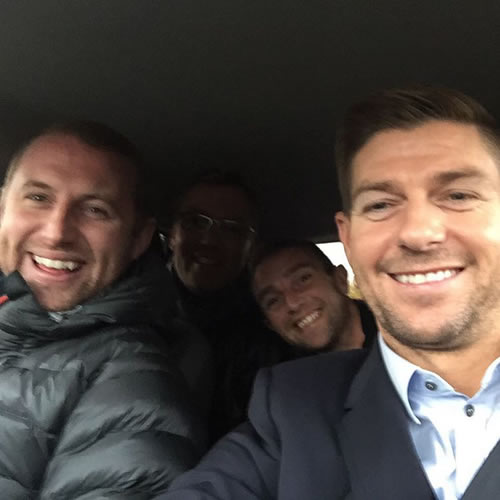 Steven Gerrard looked in high spirits as he and some of his friends headed to Anfield to watch Liverpool’s Premier League clash with Crystal Palace on Sunday afternoon.

The former Reds captain is back on Merseyside and is getting ready to cheer on his side in the unfamiliar position of being a supporter.

Gerrard, who signed for MLS side LA Galaxy in the summer, posted the picture above on his personal Instagram account and wrote: “On way to the match

come on you red men

Liverpool head into Sunday’s game on the back of their 1-0 win at Rubin Kazan in the Europa League on Thursday night.

The Reds notched up their first Premier League win under new manager Jurgen Klopp last weekend when they sealed a thrilling 3-1 win over Chelsea last Saturday.

Liverpool kept clean sheets in their first three Premier League games this season but have managed just one in their subsequent eight matches.