Alexis Sanchez has been one of Arsenal’s standout performers so far this season.

However, the Chile international has shown himself as a smooth operator away from the pitch too in this brilliant new Christmas advert for phone manufacturer Huawei.

Sanchez suits up and swans about while women fawn over him before taking an unexpected phone call from his mother at the end of the ad.

His dance moves are certainly questionable, but what’s not to love about the former Barcelona star’s role in the ad.

Sanchez, who joined Arsenal from Barcelona in the summer of 2014, has already scored six goals for Arsenal so far this season in the Premier League.

However, the 26-year-old was unable to prevent Arsenal from slipping to a disappointing 2-1 loss to West Bromwich Albion on Saturday afternoon. 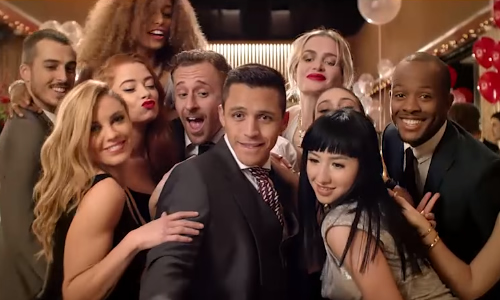 Sanchez has also scored one goal in four Champions League games for Arsene Wenger’s men so far this term.