Mamadou Sakho has taken to social media to reveal that he is already stepping up his rehabilitation following his knee injury.

The Liverpool defender is currently sidelined with a medial ligament injury and is set to miss the Reds’ Premier League showdown with Manchester City on Saturday evening.

The 25-year-old had impressed at centre-half for the Reds in recent weeks before his latest injury blow. 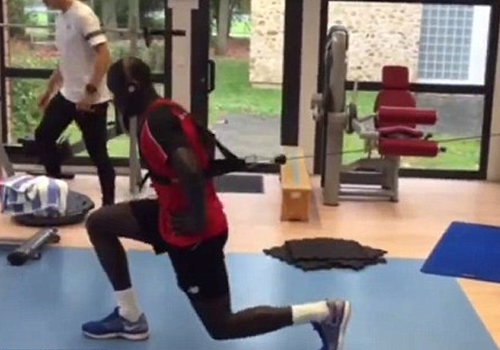 However, Reds boss Jurgen Klopp said that he is hopeful Sakho could return before the new year during a news conference last week.

And France international Sakho has been keeping his followers updated with how his recovery is progressing.

The defender posted the video above on his official Facebook page and wrote: “I’m working hard to come back even stronger !!!”

Sakho was captured completing a variety of strength and balance drills as well as some punches on boxing pads as he trained at the Clairefontaine training centre in his native France this week.