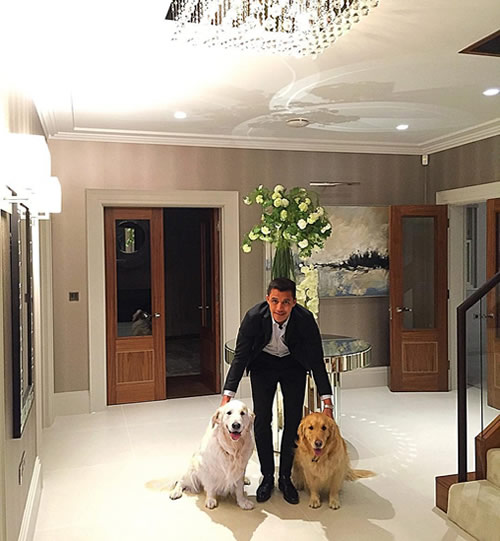 Alexis Sanchez looked cheery as he posed for a picture with his two dogs upon his apparent arrival back in the UK on Sunday night.

The Chile international had been continuing his recovery from a hamstring in his native homeland in recent days but was due to return to England this weekend.

And the 26-year-old looked pleased to be reunited with Atom and Humber as he prepares to work on his fitness ahead of Arsenal’s crunch clash with Manchester City in the Premier League on Monday 21 December.

Sanchez’s Arsenal team-mates secured a 2-0 win over Aston Villa in the Premier League on Sunday afternoon to move top of the table ahead of Leicester’s clash with Chelsea on Monday night.

Speaking after the game, Arsenal boss Arsene Wenger hinted that Sanchez could return in time to face City at The Emirates.