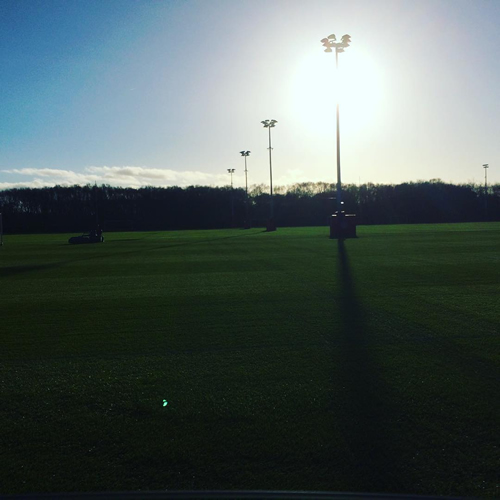 Ander Herrera has taken to social media to reveal that his recovery from his hamstring injury is going well as his Manchester United team-mates prepare for their crunch Champions League clash at Wolfsburg on Tuesday night.

The Spanish midfielder has not featured for the Red Devils since suffering the muscular problem during the 2-1 win at Watford last month.

Herrera sat out the 1-1 draw with Leicester and the goalless stalemate against West Ham United due to the injury but is now closing in on a return to action.

And the 26-year-old was busy on the Carrington training pitches as his team-mates geared up for their crunch Champions League clash against the Bundesliga outfit.

Herrera used his personal Instagram account to upload the photo above and wrote: “Not a bad day to put in some hard work on the pitch. getting closer to a return. Good luck to my team-mates tonight.”

Herrera has been a regular fixture in United’s first team this season under Louis van Gaal.

The Spaniard recently took to Twitter to deny speculation that he was considering his future at the club, insisting that he is happy at Old Trafford.

Photo: De Gea all smiles with his girlfriend ahead of Wolfsburg v Man United