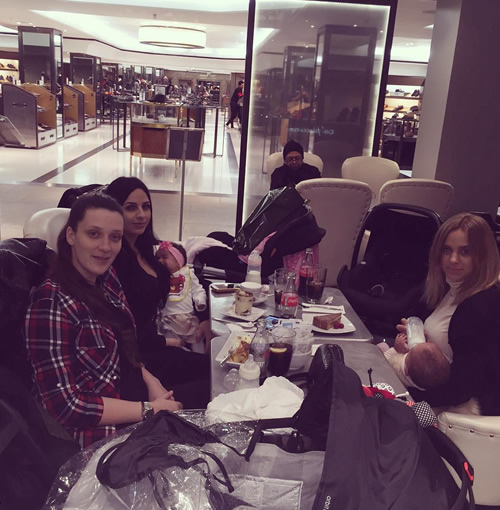 Anthony Martial’s wife Samantha was all smiles as she enjoyed some downtime with some of her fellow Premier League WAGs in London this week.

Martial’s spouse posted a picture of herself relaxing with Chelsea duo Kurt Zouma and Loic Remy’s partners on her personal Instagram account as the trio enjoyed some downtime in Harrods.

Martial and his United team-mates are gearing up for their Premier League clash with Norwich City at Old Trafford on Saturday afternoon as they look to return to winning ways in the top flight.

The French striker played the full 90 minutes as Louis van Gaal’s men slipped to a disappointing 2-1 defeat by newly-promoted Bournemouth at the Vitality Stadium on Saturday afternoon.

Martial has been a regular fixture in the United first-team this season, scoring three goals and making one assist in 11 Premier League games for the Red Devils.