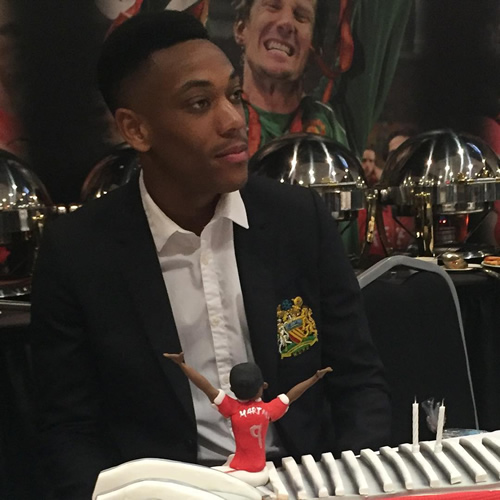 Anthony Martial poses with his cake after the 0-0 draw with West Ham Photo: Samantha Martial / Instagram

The French forward played the full 90 minutes but was unable to help Louis van Gaal’s side make the breakthrough as they were held by the battling Hammers in front of their home fans.

Martial turned 20 on Saturday, but he and his team-mates could not give him the gift of three Premier League points. 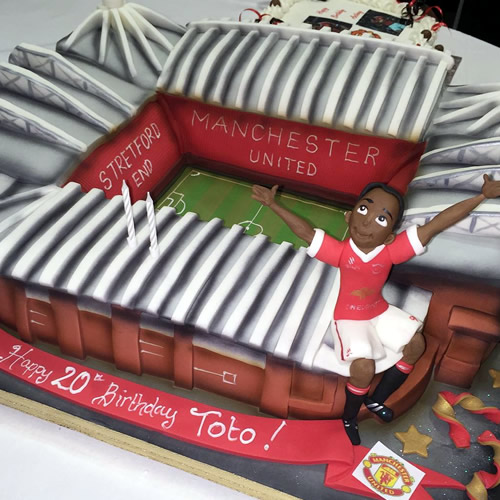 However, it seems that the France international was handed the next best thing, as his wife Samantha presented him with an impressive birthday cake in the design of Old Trafford and featuring the message: “Happy 20th birthday Toto!”

Martial will be expecting to feature when United return to Champions League action against Wolfsburg on Tuesday night as they look to book their place in the last 16.