The north London side have inevitably been linked with a host of players in recent weeks as the mid-season transfer window looms large.

Benzema was heavily linked with a transfer to Emirates Stadium during the summer but a move for the France international failed to materialise.

The Gunners have also been reported to have been keeping tabs on Southampton midfielder Victor Wanyama in recent days as Wenger considers bolstering his squad in the new year.

However, the Frenchman moved to quash any talk of possible moves for either player when quizzed about the forthcoming transfer window in a news conference at Arsenal’s London Colney training ground on Friday morning.

Asked about Wanyama, Wenger replied: “I rate the player, but we are not on the case.” 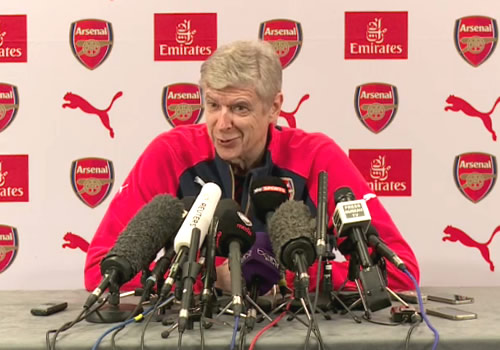 And quizzed about Benzema, he added: “Look, we just said that Olivier Giroud is a great striker, so behind that we cannot buy Karim Benzema.”

Arsenal, who are second in the table, return to Premier League action with a trip to Aston Villa on Sunday afternoon.