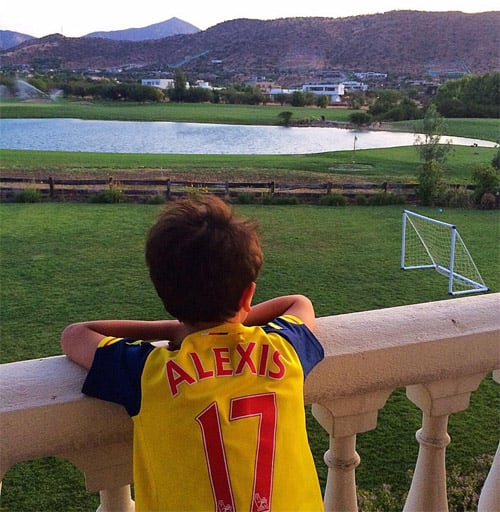 Alexis Sanchez has posted a downbeat message on Instagram after he missed Arsenal’s 3-1 win against Sunderland on Saturday.

The 26-year-old forward is currently in Chile after he returned to South America following his injury blow last weekend at Carrow Road.

Sanchez was forced off in the second half of last Sunday’s 1-1 draw with Norwich City after he aggravated an ongoing hamstring problem against the Canaries.

The Arsenal forward was clearly feeling down about his recent injury woes after Sanchez posted a long and sombre message on his Instagram page.

Sanchez posted the above snap and wrote on the photo-sharing app:

Sanchez has scored six times in 14 Premier League games for the Gunners this season.

The Chilean has failed to find the net in his last five Premier League outings.

Arsenal are in second place in the Premier League table following their 3-1 win against Sunderland at Emirates Stadium.

Thierry Henry: What I want to see from Arsenal at Olympiacos