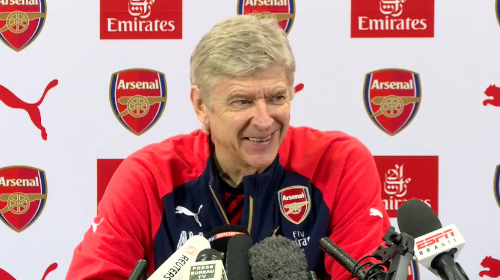 Arsene Wenger has insisted that there is “no chance” that Chelsea could be caught up in a relegation battle following their disastrous start to the season.

The Blues slumped to their ninth Premier League loss of the campaign on Monday night as they were beaten 2-1 by Leicester City at the King Power Stadium.

That result left Jose Mourinho’s men languishing just a point above the relegation zone, with their top-flight title defence in tatters.

However, despite Chelsea’s poor recent form, Arsenal boss Wenger is confident that the west London club will not be genuine candidates for relegation this season.

Asked if he thinks Chelsea are in a relegation battle, Wenger told a news conference at Arsenal’s training ground on Thursday morning: “No, [because of] the quality of their team and [their manager] as well.

“If you ask me objectively if Chelsea will fight not to go down, I say: ‘no, no chance’. They are a going through a difficult spell but they are not in a relegation battle.”

He added: “I do not want to assess the situation of Chelsea, it’s not my problem and not my interest.

“We have a big game on Monday night and it’s important that I do not comment on what’s happening in the Premier League but that I focus on the game.”

Chelsea will look to return to winning ways in the Premier League when they host Sunderland at Stamford Bridge on Saturday afternoon.