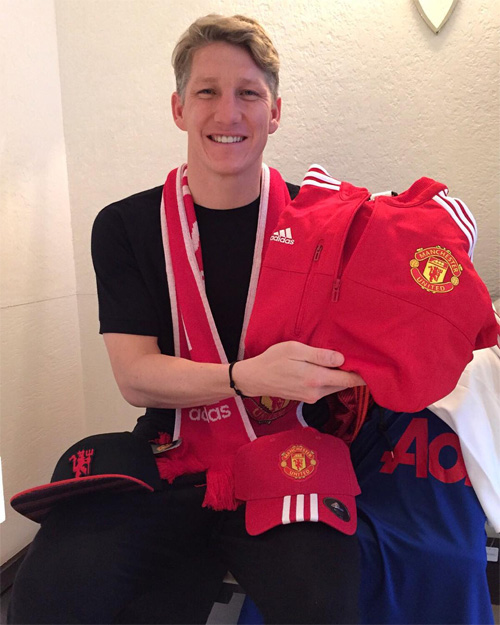 Bastian Schweinsteiger was feeling in a generous mood on Christmas Day.

The popular veteran Germany midfielder took to his Instagram page covered head-to-toe in Manchester United gear ahead of their trip to Stoke City on Boxing Day.

Schweinsteiger will be hoping to reclaim his starting spot in Louis van Gaal’s side at the Britannia Stadium after he missed their 2-1 loss to Norwich City due to suspension.

And the 31-year-old Champions League winner offered United supporters the chance to win one of 31 pieces of Red Devils memorabilia via his Instagram page on Christmas Day.

Schweinsteiger wrote: “For the holidays I have a special present for you: Anyone who likes or comments this picture has the chance to win 1 of 31 @manchesterunited items of mine like jerseys, training jackets, shirts, caps, etc. Good luck! 🎁”

The 31-year-old has already become an established member of Van Gaal’s first-team following his £6.7m move to United from Bayern Munich in the summer transfer window.

The Red Devils are in fifth place and nine points behind Premier League leaders Leicester City ahead of their clash against Stoke on Saturday afternoon.