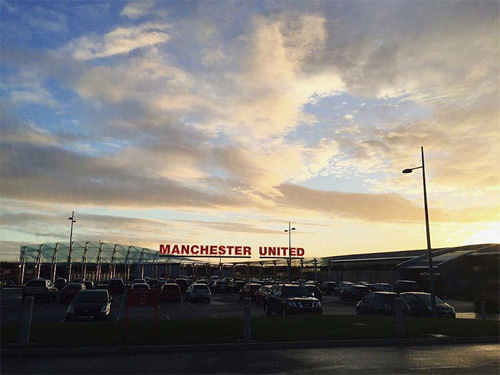 Bastian Schweinsteiger posted a peaceful snap of Carrington training ground on Monday morning amid the growing crisis at Manchester United.

Schweinsteiger was a noticeable absentee as Manchester United suffered a shock 2-1 loss to Norwich City at Old Trafford on Saturday afternoon.

The World Cup winner be hoping to make a return to the United side for their trip to Stoke City at Britannia Stadium on Boxing Day.

And Schweinsteiger posted the above snap as he prepared to hit the training ground hard ahead of their next Premier League fixture on Saturday.

He wrote on the photo-sharing app: “Good morning 🌇 #mufc”

Schweinsteiger has scored one goal in 14 Premier League appearances after the midfielder moved to Old Trafford in a £6.7m deal from Bayern Munich in the summer transfer window.

The 31-year-old United star has already racked up 1,005 minutes of top-flight action so far this season.

United are in fifth place and nine points behind surprise leaders Leicester City.

Pedro: Why Cesc Fabregas will win over Chelsea supporters