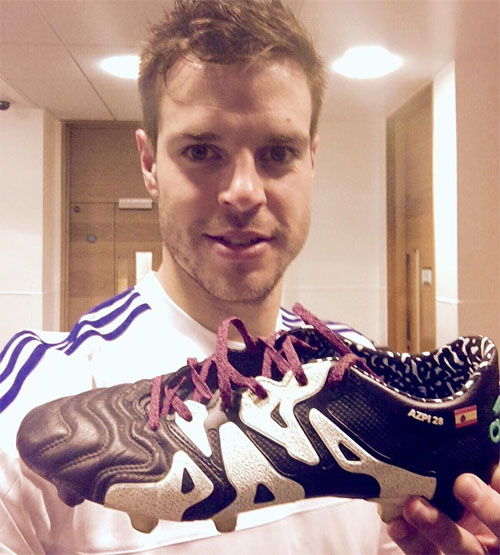 The defending Premier League champions are bidding to become on the second club to win at Leicester after their London rivals Arsenal were impressive 5-2 winners against the Foxes earlier this season.

Claudio Ranieri’s side can move above leaders Arsenal and second-placed Manchester City if Leicester can condemn Chelsea to their ninth defeat in 16 Premier League games in the midlands tonight.

Spain international Azpilicueta took to Instagram to show off his new football boots and warn Leicester that Chelsea are ready for their crunch clash.

Azpilicueta posted the above selfie and wrote on his Instagram page: “Ready for tomorrow! C’mon @chelseafc! #X15 #BeTheDifference”

Spanish defender Azpilicueta has scored one goal in 14 Premier League games for the west London side this season.

Chelsea are a point above the relegation zone after Newcastle United were surprise 2-1 winners against Tottenham Hotspur at White Hart Lane on Sunday.