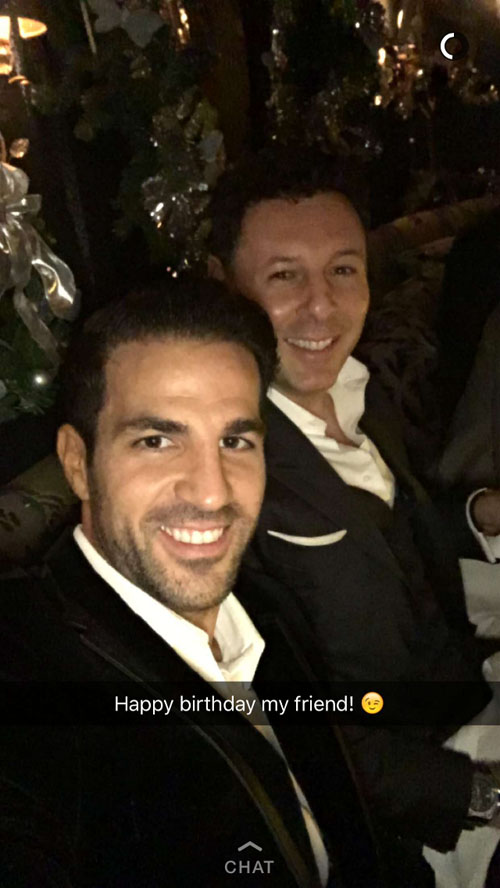 Cesc Fabregas was all smiles with one of his best friends on Saturday night after the midfielder helped Chelsea ease to a 3-1 victory over Sunderland.

Chelsea eased into an early lead thanks to Branislav Ivanovic’s opener before summer signing Pedro Rodriguez doubled the west London side’s advantage in the 13th minute.

Brazil international Oscar added a third for the home side before former Liverpool striker Fabio Borini netted a consolation for the visitors in the 53rd minute.

Fabregas was one of the Chelsea players subjected to criticism from the Blues supporters at Stamford Bridge on Saturday afternoon following Mourinho’s sacking.

And the 28-year-old posted the above snap from a dinner with a close friend last night as the midfielder relaxed following an important win.

Fabregas joined Chelsea in a £27m deal from La Liga side Barcelona in 2014.