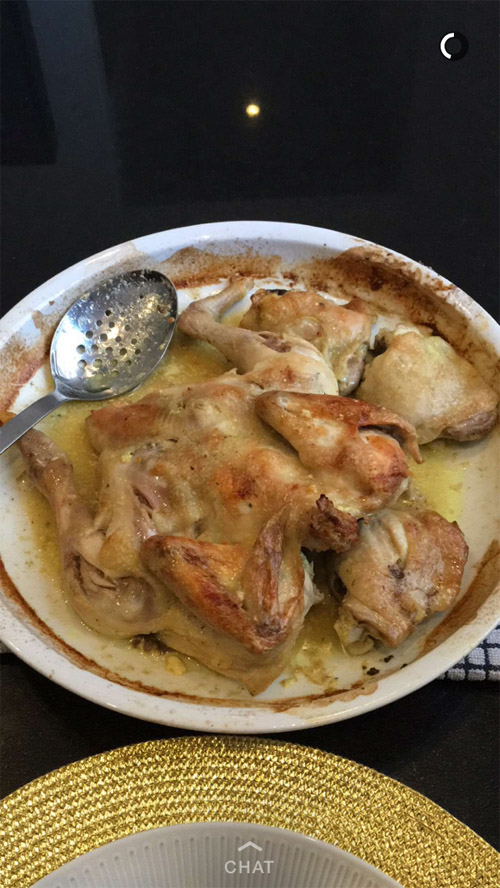 Cesc Fabregas tucked into some chicken ahead of Chelsea’s clash against Porto in the Champions League on Wednesday night.

The west London side are on a miserable run of form after Chelsea lost four of their last six Premier League games.

The Blues suffered their latest top-flight defeat at Stamford Bridge following a 1-0 loss to Bournemouth in west London.

Former Arsenal captain Fabregas has been coming in for criticism in recent weeks and he was replaced in the 83rd minute of their defeat by Bournemouth.

However, the 28-year-old Spanish playmaker was fuelling his body for Chelsea’s latest Champions League clash against Porto on Wednesday night.

Chelsea’s 4-0 win at Maccabi Tel-Aviv FC last time out put them on top of the group with ten points, the same as Porto; Dynamo are two behind.

The Blues can top their Champions League group if they beat second-placed Porto in west London on Wednesday night.