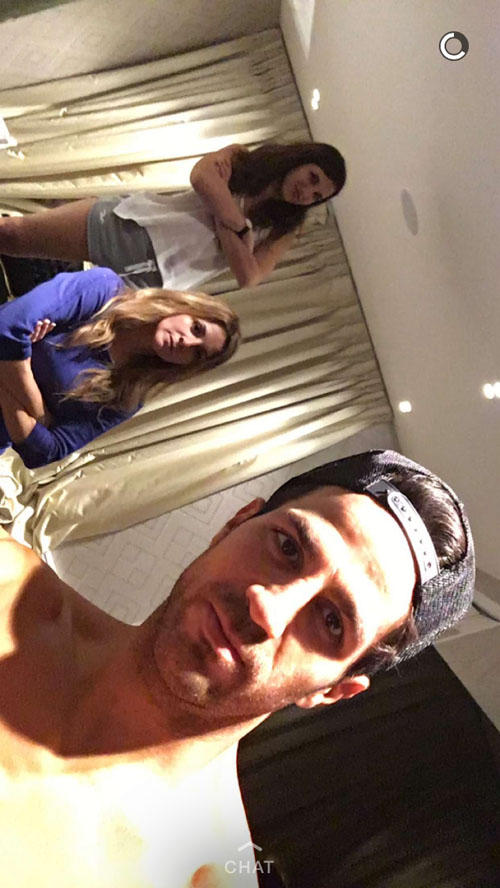 Cesc Fabregas was one of the first Chelsea players to pay tribute to Jose Mourinho after the defending champions sacked their manager on Thursday evening.

The Blues midfielder thanked the outspoken 52-year-old for his impact on the midfielder’s career after Fabregas won his first Premier League title last season.

And the Spain international, who started from the bench for Chelsea’s last two Premier League defeats, chilled with his family in the hours after Mourinho’s sacking was confirmed.

Fabregas posted the above snap of his mother and his sister on his Snapchat as the midfielder sported a baseball cab and vest in what looked a particularly casual Thursday night.

The World Cup winner has endured a forgettable season for the west London side so far this season after a disappointing return of two assists in 16 Premier League appearances.

The former Arsenal captain moved to Chelsea from Barcelona in a £27m deal in the summer of 2014.