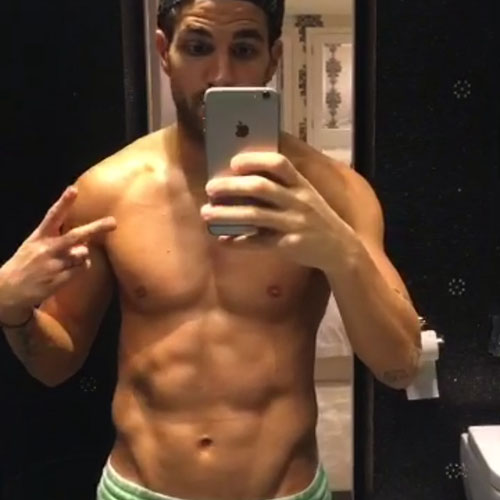 Cesc Fabregas has attempted to dispel any doubts surrounding his fitness with a selfie showing off his impressive physique.

The Chelsea midfielder has been criticised for a below-par start to the season for the Blues, proving powerless to prevent the west London side’s dramatic Premier League slump this season.

The Spain international was an unused substitute in Chelsea’s 2-0 victory over Porto in the Champions League in Stamford Bridge after Fabregas struggled in a surprise 1-0 loss to Bournemouth last weekend.

However, Fabregas looked to remind Mourinho and Chelsea supporters that he is in good shape with the above selfie as the midfielder hopes to reclaim starting spot ahead of Monday clash’s against Premier League leaders Leicester City.

Fabregas has been heavily criticised after the playmaker’s below-par start to the season.

The Chelsea man joined the west London side in a £27m deal from La Liga giants Barcelona in 2014.