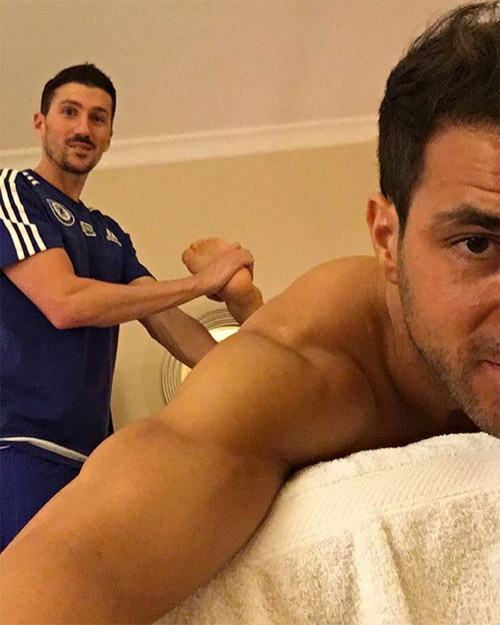 Cesc Fabregas sparked concern amongst Chelsea supporters on Friday night after the midfielder posted a selfie from the treatment table.

And Blues fans will be hoping that Fabregas was just going for a rub down after a tough, final training session to loosen the muscles ahead of Saturday’s Premier League clash in west London.

Fabregas posted the above snap and wrote on his Instagram page: “Treatment with the man @_ivan_ortega_ ☺️”

The former Arsenal captain has made two assists in 14 Premier League games this season.

Fabregas is still waiting to score his first goal of the 2015/16 campaign.

The World Cup winner moved to Chelsea from Barcelona in a £27m deal in 2014.