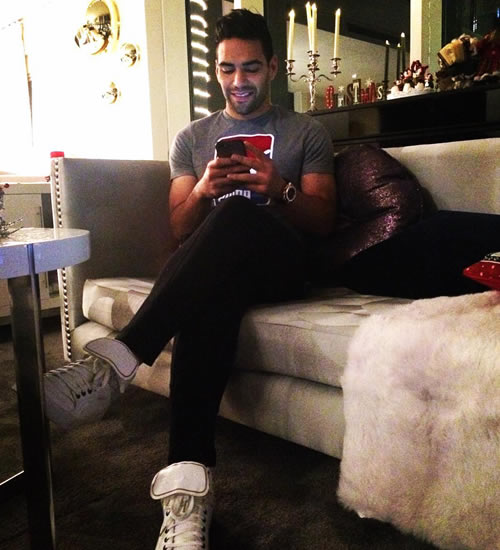 Radamel Falcao took some time out to relax at home and read some of the messages sent to him by his fans on Tuesday night.

The Chelsea striker has found his first-team opportunities at Stamford Bridge severely restricted this season following his loan move to the west London club from Monaco in the summer.

Falcao did not feature as Chelsea played out a goalless draw with Manchester United at Old Trafford on Monday night as he works on his fitness following a spell on the sidelines with an injury.

The striker is unlikely to feature when Chelsea travel to Crystal Palace in the Premier League on Sunday afternoon due to his lack of match fitness.

However, the Colombia international appears to be keeping himself in good spirits despite his lay-off.

Falcao posted the picture above on his personal Instagram account on Tuesday and wrote: “If you have doubts… I am reading my social media accounts.”

Falcao has only scored one goal in nine Premier League appearances so far for Chelsea this season.

Robbie Savage predicts where Tottenham will finish this season