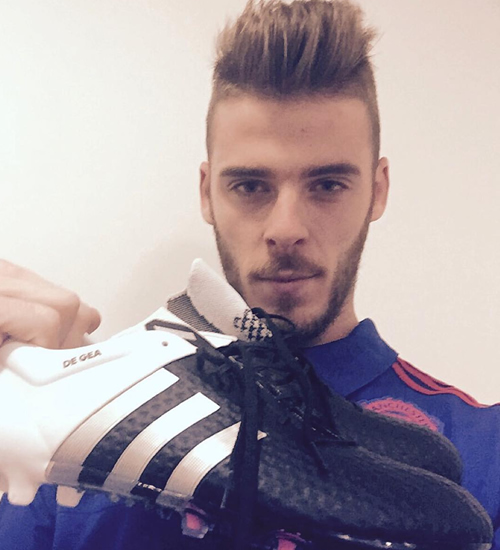 David De Gea has taken to social media to show off his latest pair of football boots as Manchester United prepare to welcome West Ham United to Old Trafford on Saturday afternoon.

The Red Devils head into Saturday’s game looking to return to winning ways in the Premier League after they were held to a 1-1 draw by Leicester City at the King Power Stadium last weekend.

De Gea will be expecting to feature against the Hammers as United look to kick off a busy November with a victory against the east London side at Old Trafford.

And the Spanish shot-stopper used his personal Instagram account to reveal his latest pair of boots as he and his team-mate gear up for the game.

De Gea posted the picture above on his personal Instagram account and wrote: “This match I’ll wear the #ACE15 boots for the first time. I ♥️ them.”

The 25-year-old has made 10 Premier League appearances for United so far this season.

The Red Devils head into Saturday’s game in third place in the table and one point behind leaders Manchester City.