Photo: De Gea all smiles with his girlfriend ahead of Wolfsburg v Man United 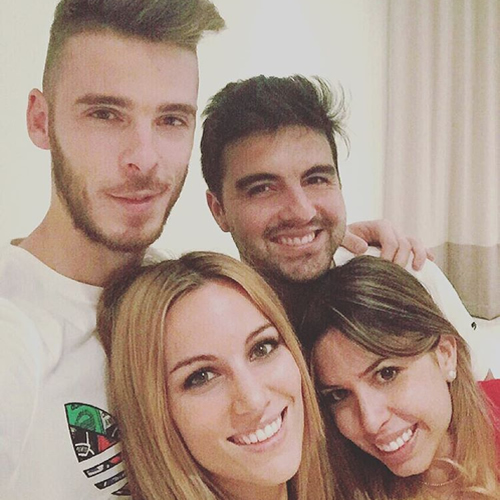 David De Gea looked in good spirits ahead of Manchester United’s crunch Champions League clash with Wolfsburg as he posed for a selfie with his popstar girlfriend and some pals.

The Spanish goalkeeper will be expecting to feature when the Red Devils take on the Bundesliga side knowing that they need a victory to book their place in the last 16 of Europe’s elite club competition.

United head into the game after De Gea kept a clean sheet in Saturday’s disappointing goalless draw with West Ham United at Old Trafford in the Premier League.

The Red Devils have struggled to find the net in recent outings and have only scored one goal in their last three games in all competitions.

Saturday’s draw with the Hammers at Old Trafford left United in fourth place in the Premier League table and three points behind leaders Leicester City after 15 games.