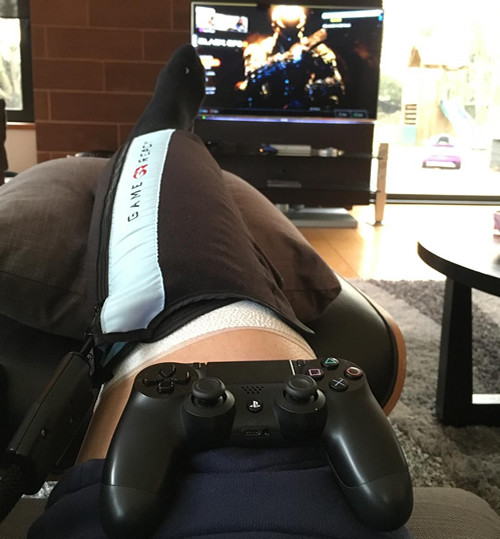 Dejan Lovren has taken to social media to reveal that the Liverpool defender has been relaxing at home following the nasty injury he sustained during Sunday’s 2-2 draw with West Bromwich Albion at Anfield.

Lovren required oxygen and treatment on the pitch before he was carried off on a stretcher after a nasty collision with West Brom midfielder Craig Gardner in the second half of the draw on Merseyside.

Speaking after Sunday’s stalemate at Anfield, Liverpool manager Jurgen Klopp said he was hoping that the defender’s setback was not too serious.

And the Croatia international used his personal Instagram account to show his followers that he was relaxing at home on Monday afternoon with his leg heavily strapped.

Lovren posted the picture above on the photo-sharing app and wrote: “🎮 😔”

Sunday’s draw with the Baggies left Liverpool in ninth place in the Premier League table and five points behind fourth-placed Manchester United after 16 games.