It was a flat performance from Tottenham on Sunday... 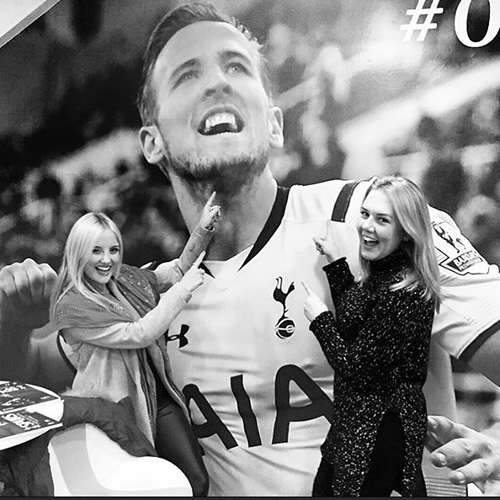 Harry Kane’s spirits may have been dampened by Tottenham’s 2-1 loss to Newcastle United at White Hart Lane on Sunday afternoon – but at least his girlfriend will have helped to cheer him up.

Spurs took the lead against the Magpies at White Hart Lane but were pegged back when substitute Aleksandar Mitrovic tapped in following a scramble inside the six-yard box, before substitute Ayoze Perez netted a dramatic late winner for Newcastle.

The defeat was Tottenham’s first in the league since the opening weekend loss to Manchester United.

However, despite watching her boyfriend fail to inspire his side to victory on Sunday, Kane’s partner Katie Goodland looked in good spirits after the game as she posed in front of a huge poster of the striker with a friend.

She shared the photo above on her personal Instagram account and wrote: “Never a dull moment when my little Aussie is around #nothingchanges @bayhowe”

Tottenham will bid to return to winning ways when they travel to Southampton next Saturday.

Harry Kane: What Tottenham must learn from Newcastle defeat