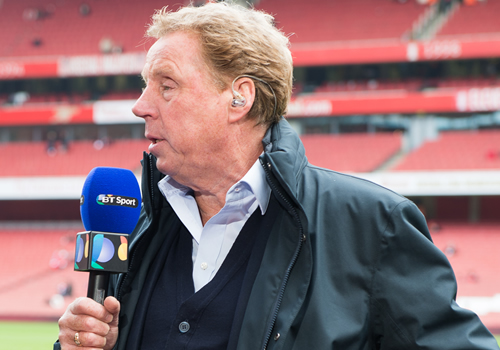 Harry Redknapp is backing Arsenal to beat Manchester City on Monday night and lay down a marker for the rest of the Premier League season.

The Gunners head into the showdown at Emirates Stadium in second place in the table and just a point above the Citizens as the hectic festive schedule looms large.

Arsenal have been tipped by many to be genuine contenders for the Premier League title this season, with Arsene Wenger’s side five points behind surprise leaders Leicester City.

And although the former Tottenham boss is expecting a closely contested affair in north London on Monday, Redknapp is backing Arsenal to take the three points in the last Premier League game before Christmas.

Redknapp wrote in The Telegraph: “It will be a tight game but I expect Arsenal will beat them and send out a big message to the league.

“It all depends on the teams, and whether Alexis Sanchez is fit enough to play even a small part, but I can’t see City getting anything.”

Arsenal, who finished third last season, are aiming to win their first Premier League title since their famous unbeaten triumph in the 2003-04 season.

The Gunners have won the FA Cup for the last two seasons.