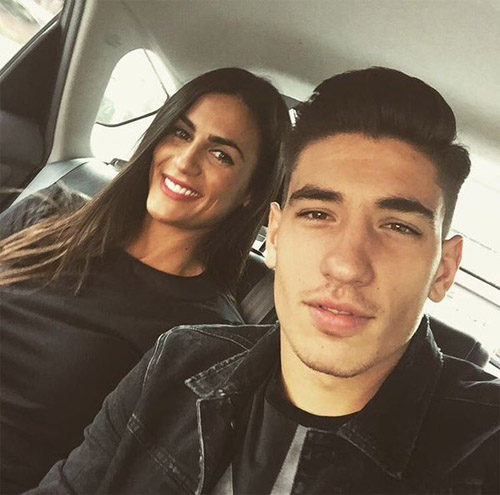 Hector Bellerin was all smiles with his girlfriend as the Arsenal defender embraced the Christmas spirit on Wednesday.

The Gunners full-back helped the north London side ease to a 2-1 victory over title rivals Manchester City at the Emirates Stadium on Monday night.

The Spain Under-21 has every reason to feel happy with himself and the Gunners after Arsene Wenger’s side moved to within two points of leaders Leicester City.

And the Arsenal full-back couldn’t disguise his delight as he snapped a beaming selfie with his beautiful girlfriend Berta Requeno.

Bellerin has been in excellent form for the FA Cup holders this season and he impressed up against City midfielders Raheem Sterling, Kevin De Bruyne and David Silva.

The 20-year-old defender has made one assist in 15 Premier League games for the north London outfit this season.

Arsenal make the trip to Southampton in their next Premier League game on Boxing Day.

Sol Campbell: How Arsenal can win the title this season