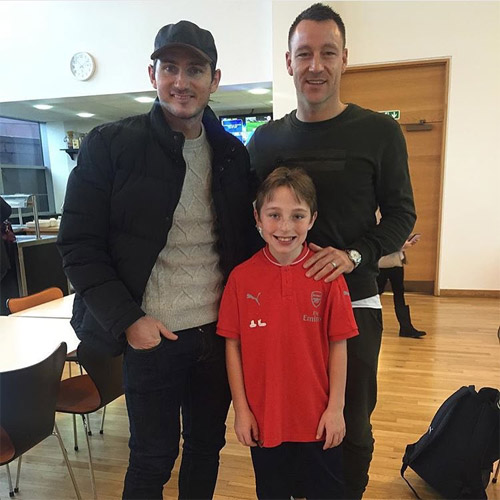 Frank Lampard and John Terry are veterans of Tottenham Hotspur v Chelsea derbies, but the pair watched Sunday’s 1-1 draw on the sidelines together.

Chelsea’s record goal-scorer has returned to England following the end of the Major League Soccer season after Lampard moved to New York City FC in the summer.

Terry, meanwhile, is currently nursing an ankle injury which the 34-year-old Chelsea captain suffered during a 4-0 win at Maccabi Tel-Aviv in the Champions League last week.

Chelsea have endured an eventful season on and off the pitch so far after losing seven of their opening 14 Premier League games.

So presumably Lampard and Terry had plenty of stories to swap as the pair met up to watch Chelsea’s 1-1 stalemate with Tottenham at White Hart Lane.

Terry posted the above photo and wrote on Instagram: “Great catching up with @franklampard @stanleyskipper8 and watching the Spurs Vs Chelsea game together.
Gutted not to be involved, but a good point and performance from the boys. @chelseafc”

The Blues veteran has made 10 Premier League appearances for the defending champions this season.