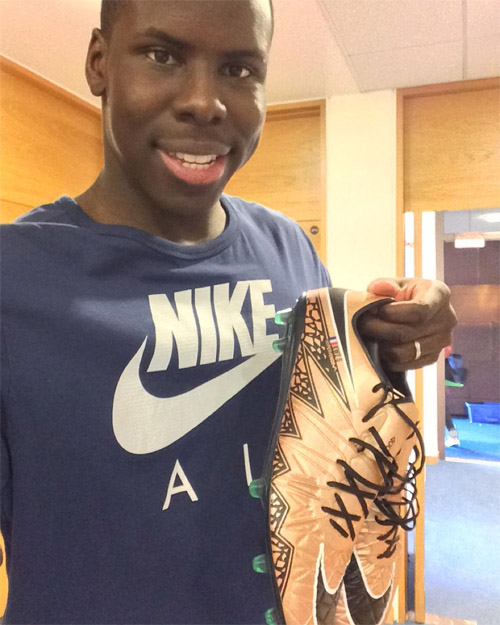 Kurt Zouma was all smiles with his new football boots as the Chelsea defender trained ahead of the visit of Bournemouth on Saturday.

The France international impressed alongside Gary Cahill in the absence of captain John Terry as the Chelsea managed to tame in-form Tottenham Hotspur striker Harry Kane in Sunday’s London derby.

Zouma has been a mainstay of Jose Mourinho’s Chelsea first-team this season despite the defending Premier League champions’s much-publicised slump at the start of the season.

The Blues defender posted the above snap with his new Nike boots and wrote on his Instagram page: “I love these boots #hypervenom @nikefootball

Zouma has scored one goal and has made one assist in 12 Premier League games for the defending champions this term.

The French centre-half has also scored one goal in four Champions League appearances.

The Blues are currently in 14th place in the Premier League table and 10 points behind fourth-placed Tottenham after Sunday’s derby stalemate.