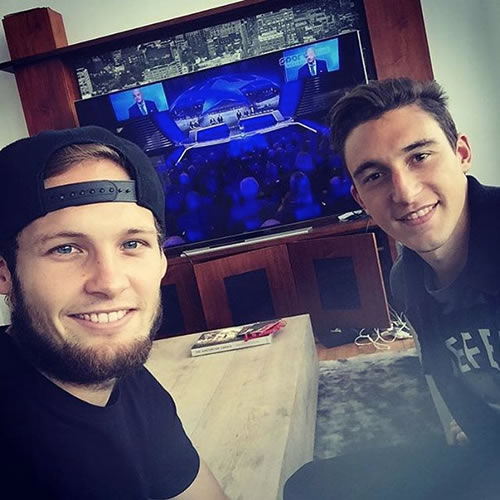 Louis van Gaal has confirmed that he expects both Matteo Darmian and Chris Smalling to miss Manchester United’s trip to Bournemouth in the Premier League on Saturday evening after the pair suffered injuries during Tuesday’s loss to Wolfsburg.

Darmian was forced off before half-time with a suspected hamstring injury, while Smalling appeared to pick up a groin strain but completed the game as United had already made all three of their substitutions.

The defensive duo join United’s lengthy injury list, which includes the likes of Wayne Rooney and Ander Herrera, as the Red Devils now turn their attentions back to domestic affairs and a hectic run of games in December.

Speaking at his news conference after Tuesday’s 3-2 defeat in Germany, Van Gaal said: “Matteo Darmian has a hamstring injury and Smalling probably a groin injury.

“Smalling could not jump at the moment of the set plays and that goal [Wolfsburg’s third goal] was also because of that.

“He had to give it [defensive responsibility] to another player and that’s always a question of communication and quality. With Naldo [who scored twice], we knew in advance that he was a very important header for them.”

Asked if the pair would miss Saturday’s game, Van Gaal replied: “I don’t know, it’s happened this evening, but normally they are out for Saturday.”

United, who are currently fourth in the Premier League, were knocked out of the Champions League after the loss left them third in their group and dropped them down into the Europa League.