The latest Manchester United injury update, including news on the likes of Wayne Rooney, Matteo Darmian and Chris Smalling 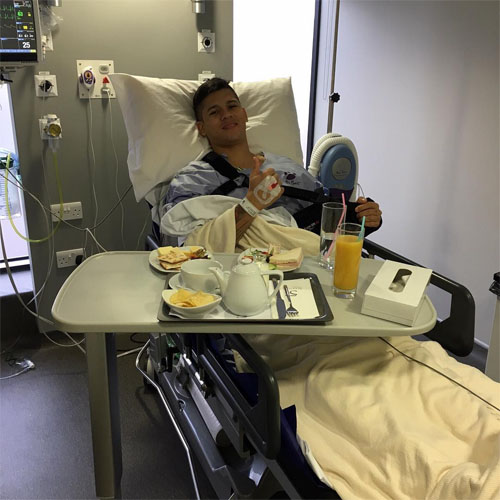 Manchester United are without nine players as they gear up for their Premier League clash with Bournemouth on Saturday evening.

The Red Devils head into the game looking to return to winning ways after the disappointment of their Champions League exit at the hands of Wolsburg on Tuesday night.

United lost two more players to injury during their 3-2 loss in Germany, with Matteo Darmian suffering a hamstring problem, and Chris Smalling picking up a groin strain.

The only positive injury news for United was that Van Gaal confirmed that midfielder Morgan Schneiderlin will be ready for Saturday’s game after recovering from a hip problem. Bastian Schweinsteiger, meanwhile, is suspended.

Van Gaal told MUTV on Friday morning: “It is not so good because we have eight injured players because Darmian and also Smalling we can add to this list and Schweinsteiger is also suspended so nine players who are not able to play.

“Schneiderlin is coming back that’s not a problem but we have a list of eight players injured and Rojo has been operated on this week and it takes a long time. These injuries are very heavy – Shaw and Valencia have also been operated and that’s our problem.

“It is not beneficial for us because we have a heavy programme but I believe that Smalling, Herrera and Darmian are coming back before Christmas.”

United are currently in fourth place in the Premier League table and three points behind leaders Leicester.