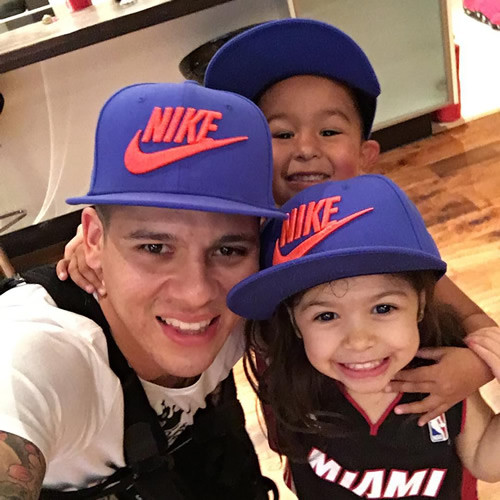 Marcos Rojo looks to be keeping himself in good spirits during his spell on the sidelines with a shoulder injury.

The Manchester United defender has been ruled out of action for a number of weeks after undergoing surgery on a shoulder problem following the injury suffered in training earlier this month.

Rojo has been limited to just six Premier League appearances for Louis van Gaal’s side so far this season.

However, the defender looked to be in a good mood on Tuesday afternoon, if his latest post on social media is anything to go by.

Rojo missed United’s surprise 2-1 loss to Norwich City at Old Trafford in the Premier League on Saturday as their miserable run of form continued.

Van Gaal’s were dumped out of the Champions League earlier this month, before being beaten by Bournemouth in their next game following their European exit.