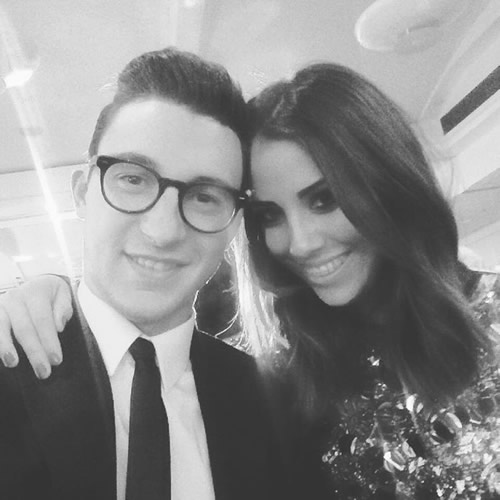 Matteo Darmian’s girlfriend has taken to social media to wish the Manchester United defender a happy birthday after he turned 26 on Wednesday.

The defender has been a regular fixture in Louis van Gaal’s first team since arriving at Old Trafford from Torino during the summer transfer window.

Darmian has made 12 Premier League appearances for the Red Devils to help them up to third place in the table and one point behind joint leaders Manchester City and Leicester City heading into the hectic festive period.

And the Italian’s partner Francesca Cormanni posted the picture above of the couple on her personal Instagram account and wrote: “Happy birthday

Her quote is a lyric from the Jovanotti single, ‘A te’.

Darmian will be hoping to feature when United return to Premier League action with a home clash against West Ham United on Saturday afternoon.

He played the full 90 minutes as the Red Devils were held to a 1-1 draw by Leicester City at the King Power Stadium last Saturday.