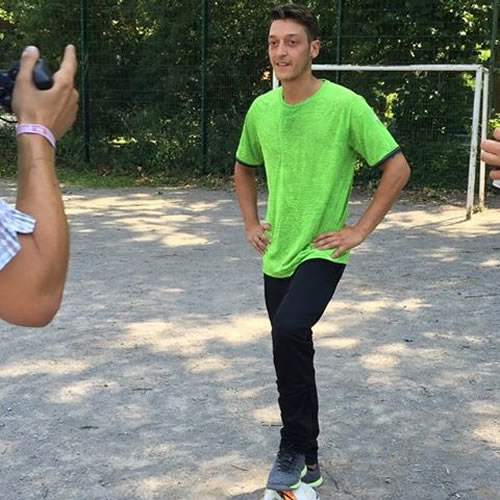 Mesut Ozil was in good spirits as he posed for a picture in his home town of Gelsenkirchen.

The playmaker has been in sublime form for Arsenal so far this season and inspired Arsene Wenger’s men to a 2-0 win over Bournemouth on Monday night by scoring one and setting up the other at Emirates Stadium.

And the 27-year-old’s home town clearly holds a special place in his heart.

Ozil shared the picture above on his personal Instagram account on Tuesday evening and wrote: “Where it all began. #ozil #mesutözil #mesutozil #özil #affenkäfig #gelsenkirchen”

World Cup winner Ozil will be expecting to feature when Arsenal return to Premier League action with a home clash against Newcastle United at Emirates Stadium on Saturday afternoon.