Photo: Mesut Ozil sunbathes on a boat ahead of Arsenal v Man City 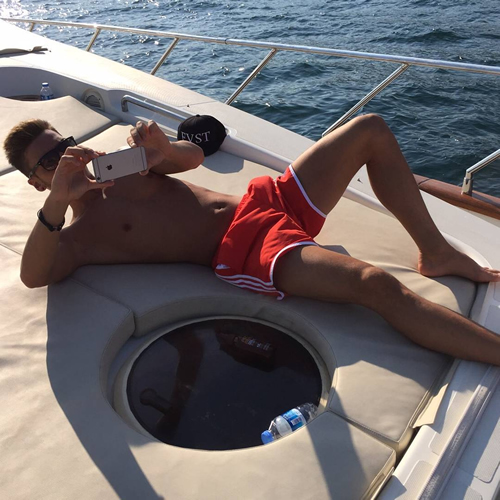 Mesut Ozil has been making the most of a rare week off by soaking up some sun in warmer climes as Arsenal prepare to turn their attentions to their Premier League showdown with Manchester City next week.

Ozil notched up his 13th Premier League assist of the season on Sunday as he set up Aaron Ramsey’s goal during the 2-0 win over Aston Villa at Villa Park.

The World Cup winner has earned plenty of new admirers this season following his impressive form for the north London club, with Arsene Wenger’s men currently second in the Premier League table and two points behind surprise leaders Leicester City.

And the 27-year-old enjoyed some well-earned downtime this week as he left the wintry weather in the UK behind him to seek some sunshine.

Arsenal host City at The Emirates on Monday 21 December.