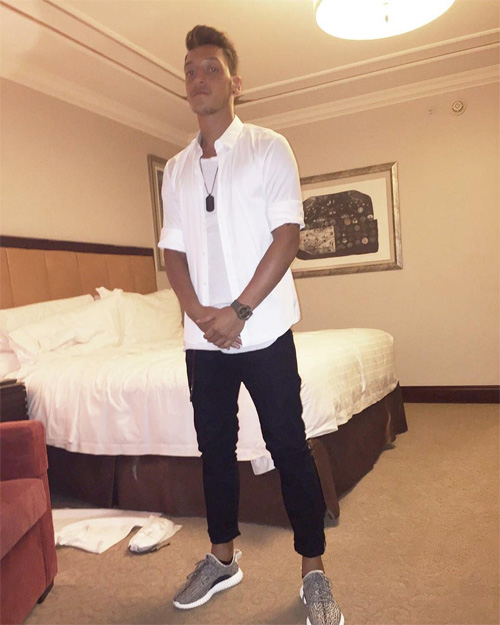 Mesut Ozil has promised Arsenal three points at St Mary’s ahead of their clash against Southampton on Boxing Day.

The Germany international trained with the rest of his Gunners team-mates on Christmas Day at the club’s London Colney training ground.

Ozil has been in scintillating form for the north London side in recent weeks after scoring two goals and making eight assists in his last 10 games in all competitions.

While Arsenal’s club-record signing didn’t have any presents for Gunners supporters on Christmas Day, Ozil expressed his intention to gift the north Londoners three points on Saturday.

Ozil wrote on his Instagram page: “I turned the hotel room upside down but could’t find any boxes 🎁 🎉 for you, #Gunners! Hopefully we have a gift for our fans tomorrow… #boxingday #SFCvAFC #AFC”

The Gunners playmaker made his 14th and 15th assists in 16 Premier League games on Monday night as Ozil inspired Arsenal to a 2-1 victory over Manchester City at The Emirates.

Ozil moved to Arsenal from La Liga side Real Madrid in a club-record £42.5m deal in August 2013.