Paul Scholes predicts where Chelsea will finish this season

"I can see them top six!" Scholes says #CFC could make the top six once they get a striker back. #MUNCHE https://t.co/j42JRyrWCV

Paul Scholes believes that Chelsea are capable of finishing in the top six this season as they look to get their campaign back on track under Guus Hiddink.

The Blues played out a goalless draw with Manchester United at Old Trafford on Monday night as they drew their second game since Hiddink’s appointment as Jose Mourinho’s successor at Stamford Bridge.

The west London side have struggled to find consistent form all season and are currently languishing in 14th place in the Premier League table after winning the title and League Cup last term.

However, Manchester United legend Scholes is fully expecting Chelsea to recover in the coming months and make their way back up the top-flight table.

Speaking on BT Sport after Monday’s draw with United, Scholes told BT Sport: “I can see them top six, top seven maybe. But I’m sure once they get a centre-forward back they’ll get up that league. 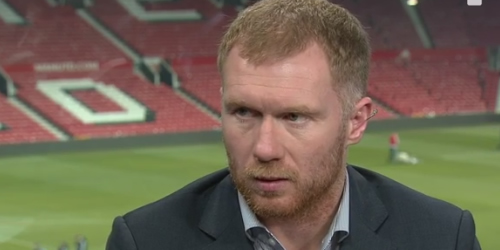 “They have to be better than they were here today. They looked tired to me.

“But I expect them to start winning games and move up that league.”

Chelsea’s next Premier League game is a trip to Crystal Palace on Sunday 3 January, before a home clash against West Bromwich Albion later in the month.