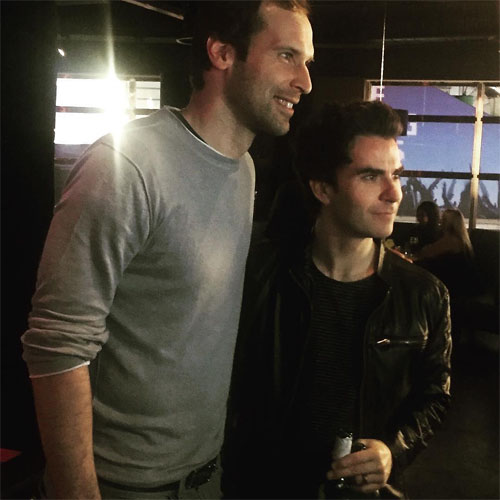 Petr Cech hasn’t missed a beat for Arsenal in goal since his summer move to The Emirates.

The Czech Republic international has played a key role in Arsenal’s impressive top-flight form, helping the Gunners to win 10 of their opening 16 Premier League games.

Cech has also impressed off the pitch with videos of the goalkeeper playing the drums at home, starring in a Nirvana-inspired session which the shot stopper posted on YouTube.

But the Arsenal number one has something in common with Manchester United captain Wayne Rooney after the goalkeeper revealed himself as a fan of Welsh rock band, The Stereophonics.

And Cech posted for a snap with their frontman Kelly Jones after the Welshmen thrilled their fans at The O2 on Thursday night.

Cech posted the above snap and wrote on his Instagram page: “Great @stereophonicsofficial gig last night . Thank you guys I really enjoyed it.”

The 33-year-old moved to Arsenal from defending champions Chelsea in an £11m deal in the summer.