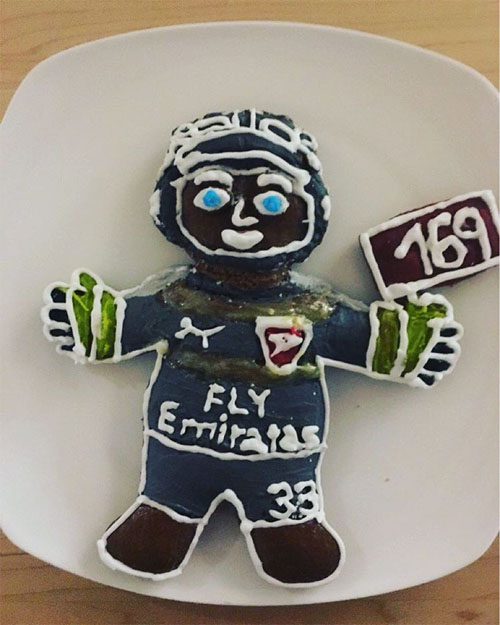 Petr Cech has celebrated his 169th Premier League clean sheet with some cake.

The Arsenal goalkeeper equalled David James’s clean-sheet record on Sunday afternoon after the Gunners eased to a comfortable 2-0 victory over Aston Villa at Villa Park.

Cech moved to Arsenal from defending Premier League champions Chelsea in an £11m deal in the summer transfer window.

Cech wrote on his Instagram page: “Found this in the morning 😄… My wife’s baking … 😍”

Cech, who has won the English top-flight crown on four occasions, has made 16 Premier League appearances for Arsene Wenger’s side since his summer move to Emirates Stadium.

Sunday’s win lifted Arsenal to the top of the Premier League table ahead of Leicester City’s clash with Chelsea at the King Power Stadium on Monday night.

The Gunners now have a week to prepare for their crunch top-flight clash against Manchester City at Emirates Stadium on Monday 21 December.