Photo: Aaron Ramsey all smiles with his dad ahead of Arsenal v Newcastle 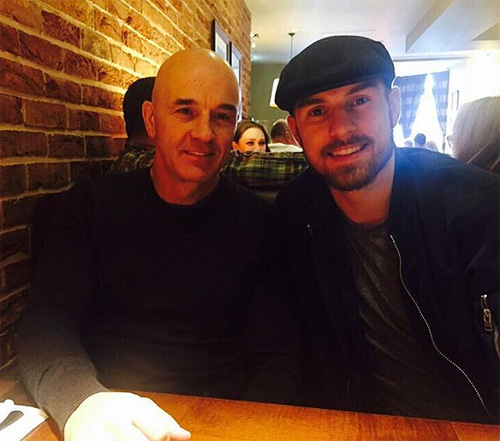 Aaron Ramsey was all smiles with his dad on New Year’s Eve ahead of Arsenal’s clash against Newcastle United on Saturday afternoon.

The Gunners midfielder has been in impressive form for the Premier League leaders in recent weeks and Ramsey helped Arsenal ease to a 2-0 victory over Bournemouth on Monday night.

Ramsey has only recently returned to the Arsenal side after a short-term lay-off due to injury but the midfielder capped his comeback with a goal in a 3-1 win against Sunderland earlier this month.

And the Wales international looked in fine form as he relaxed with his dad on New Year’s Eve ahead of Saturday’s game against Newcastle at the Emirates Stadium.

The 25-year-old has scored three goals and has made one assist in 16 Premier League games so far this season.

Arsenal are top of the Premier League and ahead of Leicester City on goal difference.