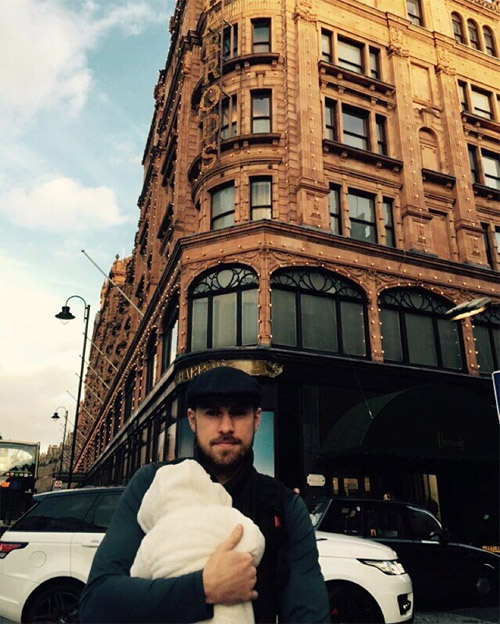 Aaron Ramsey dashed out for some last-minute Christmas shopping on Wednesday ahead of Arsenal’s trip to Southampton on Boxing Day.

The Gunners midfielder has been in brilliant form for the north London side in recent weeks and the Wales international played a big part in Arsenal’s 2-1 victory over Manchester United on Monday night.

Arsene Wenger has been urged by former Arsenal player to spend in January as the Gunners look to close in on a fourth Premier League title.

And Ramsey didn’t hesitate to get his chequebook out on Wednesday as the 24-year-old got some Christmas shopping completed in the English capital.

The Wales international has scored two goals and has made two assists in the north London side’s last four games in all competitions.

Ramsey has scored three times and has made one assist in 13 Premier League games so far this season.