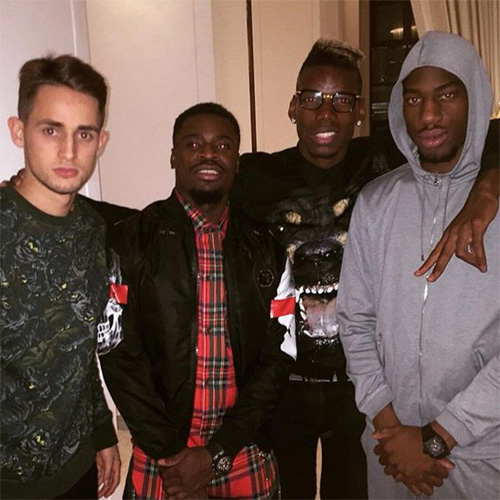 Manchester United supporters will hope Adnan Januzaj was selling Paul Pogba on the idea of a return to Old Trafford after the on-loan forward hung out with some of his famous football pals on Saturday night.

The France international has been heavily linked with a return to the 20-time English champions over the past 18 months following his impressive performances for Serie A holders Jueventus.

Pogba is also thought to be a reported target for cash-rich Premier League sides Chelsea and Manchester City, whilst Real Madrid is speculated to be interested in the powerful Frenchman midfielder.

Pogba wrote on his Instagram page: “Having dinner with some special people 😋”

The French playmaker has scored three goals and has made two assists in 17 Premier League appearances this season.