Liverpool defender Alberto Moreno is unhappy about his disallowed goal 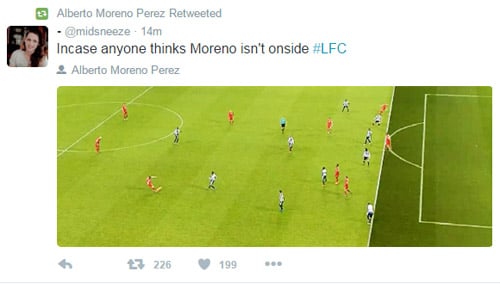 Alberto Moreno was quick to highlight on Twitter that his disallowed goal should have stood after Liverpool’s 2-0 defeat by Newcastle United on Sunday.

The Reds full-back appeared to have levelled for the visitors in the 78th minute after Martin Skrtel’s own goal had edged Newcastle in front at St James’ Park.

However, the Spaniard’s effort was ruled out for offside and replays clearly showed that the officials had made a mistake, much to the annoyance of Liverpool supporters on social media.

And within 30 minutes of the final whistle, Moreno took to his Twitter account to retweet some posts from Reds fans showing that the left-back’s goal should have stood. 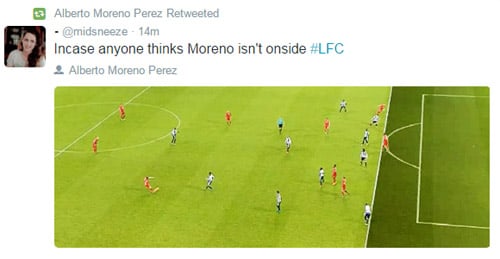 Liverpool remain in sixth place in the Premier League table after failing to capitalise on Chelsea, Manchester City, Manchester United and Tottenham Hotspur all dropping points this weekend.