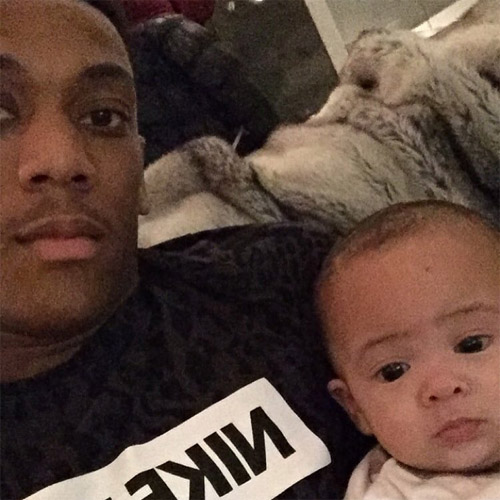 Anthony Martial snapped a selfie with his daughter as the Manchester United striker relaxed ahead of their Boxing Day trip to Stoke City.

The Red Devils striker got on the score sheet in United’s 2-1 defeat by Norwich City at Old Trafford in the Premier League on Saturday afternoon.

The France international scored his first league goal since September as Martial netted what ultimately proved to be a second-half consolation goal.

The 20-year-old has netted four goals and has made one assist in 12 Premier League appearances for the 20-time English champions so far this season.

While Louis van Gaal appears to have an uncertain future at Old Trafford ahead of Christmas, Martial wasn’t letting the controversy at United spoil his family festive time.

Martial moved to United in a £36m deal from Ligue 1 side Monaco on the final day of the summer transfer window.

The France striker has scored seven times in 20 appearances in all competitions for Van Gaal’s side this season.

Photo: Coutinho and Firmino all smiles in squad selfie ahead of Liverpool v Leicester