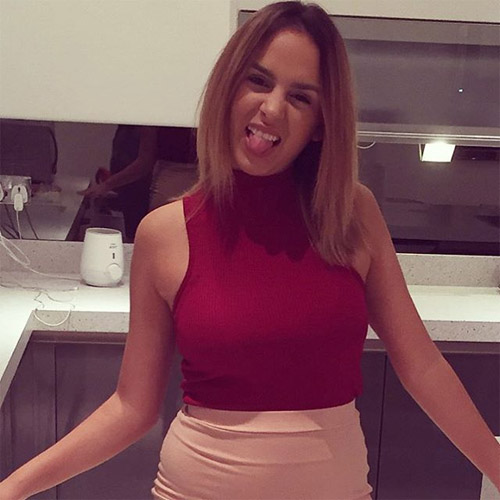 Samantha Martial snapped a selfie as the Manchester United WAG impressed off the pitch while her husband and his team-mates struggle off it.

Anthony Martial extended his goalless run in the Premier League after he failed to inspire United to victory on his 20th birthday following a goalless draw with West Ham United at Old Trafford on Saturday.

The France international hasn’t found the net in the Premier League since 20 September after the 20-year-old scored twice in a 3-2 victory over Southampton at St Mary’s following his £36m move in the summer.

And the United striker’s missus posted the above cheeky selfie on her Instagram.

On Saturday morning, the French beauty uploaded a video of the Red Devils striker celebrating his 20th birthday with a sing-song.

Martial will be expecting to feature when United return to Champions League action against Wolfsburg on Tuesday night as they look to book their place in the last 16.