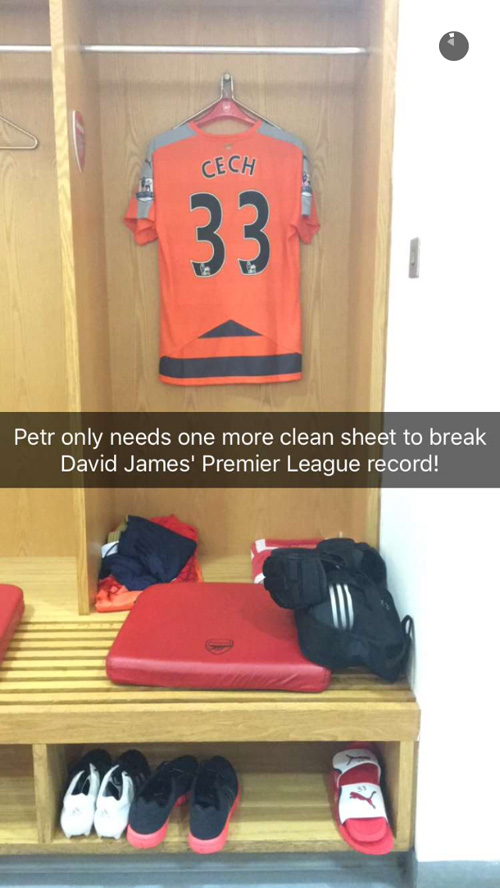 Arsenal took to Snapchat to wish Petr Cech good luck in his attempt to set a new Premier League record when the Gunners host Manchester City on Monday night.

The 33-year-old will break David James’s record if he can prevent the two-time Premier League champions from scoring at Emirates Stadium.

And Arsenal posted the above photo on their Snapchat of Cech’s kit neatly laid out ahead of the visit of Manuel Pellegrini’s side.

The Czech Republic shot stopper has played a key role in Arsenal’s impressive top-flight form, helping the Gunners to win 10 of their opening 16 Premier League games.

The experienced 33-year-old goalkeeper moved across London to Arsenal from defending Premier League champions Chelsea in an £11m deal in the summer transfer window.

Piers Morgan: What Petr Cech just told me about Arsenal this season