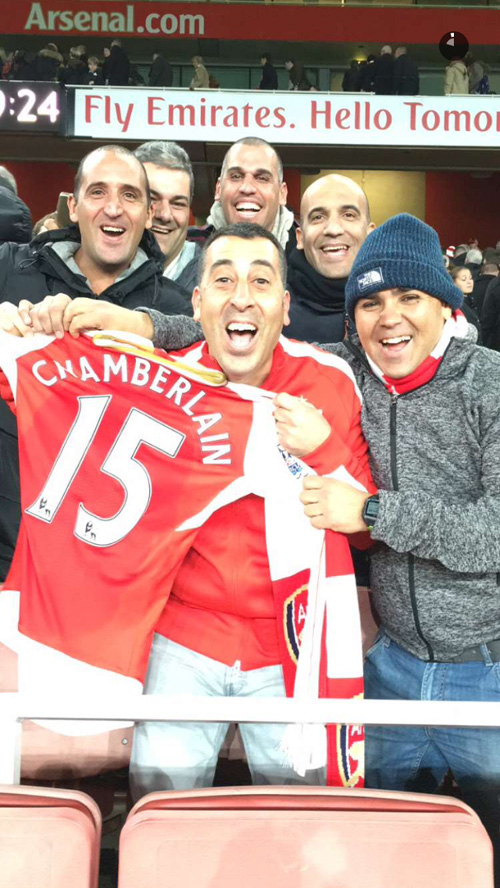 Alex Oxlade-Chamberlain made one Arsenal supporter’s Christmas after the forward gifted the fan his shirt following their 2-0 victory over Bournemouth on Monday night.

The Gunners midfielder was a second-half substitute for Arsene Wenger’s side as the north London side moved to the top of the Premier League table.

Arsenal centre-half Gabriel Paulista broke the deadlock with a header from a corner, before Mesut Ozil added a second after half-time.

The Gunners posted a video of Oxlade-Chamberlain presenting his match shirt to a fan before uploading the above photo with the beaming supporter in question.

The north London side are in first place in the Premier League table and ahead of second-placed Leicester on goal difference after their 2-0 win against Bournemouth.

Oxlade-Chamberlain has only started five Premier League games this season, whilst he has made a further 11 appearances from the bench.