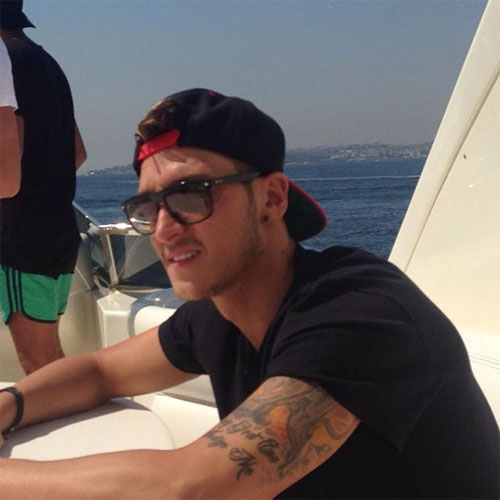 Mesut Ozil deserves a vacation after his brilliant start to the season.

The Arsenal midfielder has been in splendid form for the north London side this season after Ozil made his 13th assist of the Premier League campaign in a 2-0 victory at Aston Villa.

The Germany international has scored two goals and made seven assists in his last 10 games for the FA Cup holders, helping Arsenal move to the top of the Premier League table.

And Ozil posted a snap from a sunny vacation on his Instagram page after the Arsenal playmaker produced yet another impressive performance for Arsene Wenger’s side.

The 27-year-old has scored two goals and has made 13 assists in 15 Premier League appearances for the north London outfit so far this term.

The Gunners midfielder has won back-to-back FA Cups since the German playmaker moved to Arsenal in his record deal from Los Blancos.

The north London side host title rivals Manchester City in their next Premier League game.